My travel at From the Bench

2011 went very fast, but 2012 too! In From the Bench, they signed one license and then other, and there was a work mountain that didn’t stop to increase. We started to work with brand like Borussia Dortmund, Atlético de Madrid, Chelsea and Liverpool. So only I have been stat to work here, and I was designing Fantasy Manager 2013 interface. I remember that I felt a lot of responsability, for me, design a game that would be supported by many brands was incredible! We did big marketing actions, covers of all games, a lot of players portraits. We didn’t stop a second

NBA arrived in 2013, and we saw born Be a Legend. The company doubled the employees quantity. The departments started to grow and then, if you wanted to learn the names of all people, it was complicated. Fantasy Manager franchise gave a great twist when it won 40 licenses. We created Fantasy Manager Football, and I designed the interface again, in this moment like senior graphic designer, and we are faced with the launch of Fantasy Manager’ 40 individuals licenses . It was crazy! I coordinated, with account department, all launches, and all promotion design that we needed. We didn’t stop for a second. Office papered with full schedules deadlines, release dates and start of all major football leagues in the world!

All changed in 2014. We founded new markets open and MLBPA and NFLPA projects arrived. I had to leave Fantasy Manager, this project that was “mine” for 3 years, because I was going to design the new game, Football Franchise (NFLPA). They were about 4 months of research, going to trial, and try to understand the American mentality to work was as fluid as possible.

In September 2014, my position in From the Bench gave a twist, that was surprise for me: I became Head of Art, having under my charge up to 8 people in the art department, and managing the work of art of all company project. I returned to work on Fantasy Manager, this time designing the interface should then absorb other games, yet I charge my management tasks, which increasingly longer needed me.

After all these experiences, From the Bench it has not only given me a great track record for career growth and the opportunity to work for major brands worldwide. He gave me the best meals of my life now, great friends I will never forget and stressful days, to work closely with all departments, and always ending with the feeling of a job well done.

Now it’s time to face new challenges and experiences to continue to grow professionally and personally.Here I go!

“WHEN I WAS 17, I READ A QUOTE THAT WENT SOMETHING LIKE: “IF YOU LIVE EACH DAY AS IF IT WAS YOUR LAST, SOMEDAY YOU’LL MOST CERTAINLY BE RIGHT.” IT MADE AND IMPRESSION ON ME, AND SINCE THEN, FOR THE PAST 33 YEARS, I HAVE LOOKED IN THE MIRROR EVERY MORNING AND ASKED MYSELF: “IF TODAY WERE THE LAST DAY OF MY LIFE, WOULD I WANT TO DO WHAT I AM ABOUT TO DO TODAY?” AND WHENEVER THE ANSWER HAS BEEN “NO” FOR TOO MANY DAYS IN A ROW, I KNOW I NEED TO CHANGE SOMETHING. 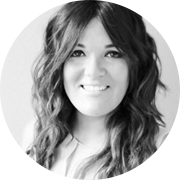 Design is a huge passion of mine. I love UI, graphics and photography. I need challenges to motivate me.
Read More

Me in Social Media